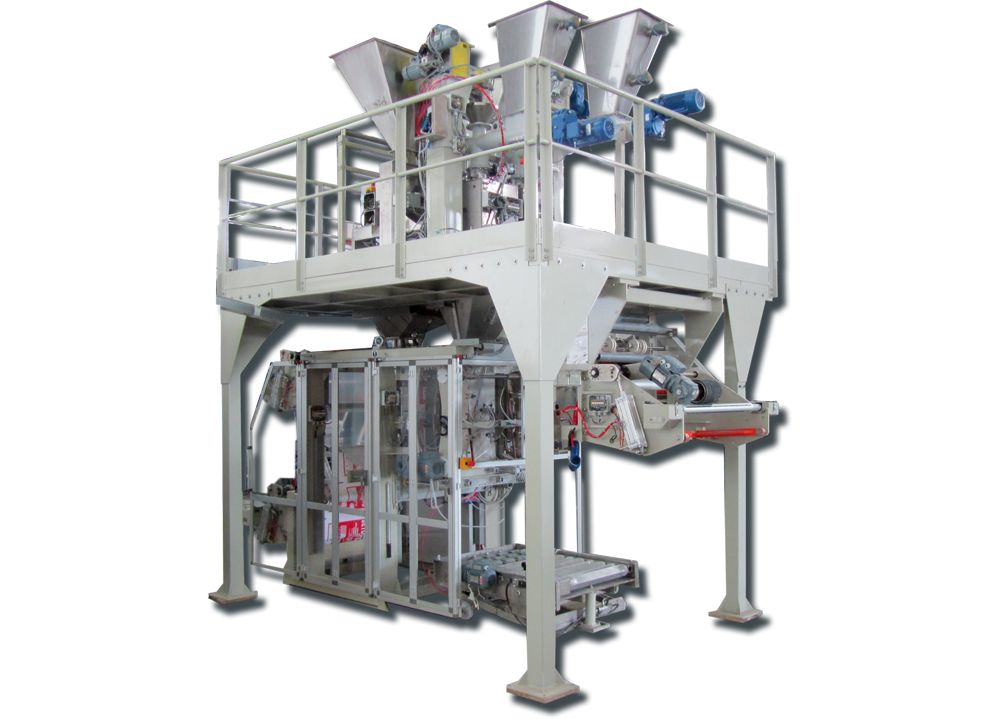 In 1979 B.L. introduced their first ever automatic form, fill and seal machine with bag formation coming from two opposite reels.

By using polyethylene material wound on two rolls rather than conventional open mouth or valve bags, B.L. achieved four important objectives:
· Optimal use of shipping and storage costs (roll stock instead of preformed bags)
· Reduction in packaging material costs by as much as 50% in some cases;
· Reduction in labour requirements. Only one operator is needed to control multiple machines.
· Rationalisation and simplification of the packaging process.

The bag is formed by sealing both sides of the two webs while the filling chute remains stationary.

Bags are shaped by aligning two sheets of heat sealable material unwound from opposite rolls.
The vertical edges are sealed to from a flat tube, witch enclosed the stainless steel filling chute.
The horizontal sealing group closed and seals the bottom of the bag formed and the top of the filled bag simultaneously. The two are then separated.
The newly formed bag is filled with product as it advances downwards in increments of one bag-length.
Gusseting the bag is obtained using two sheets of different widths.
The wider sheet is then gusseted prior to vertical sealing (B.L. patent number 1156700).
Gusseted bags are easier to palletize and more stable when stacked.

*Benchmark figures based on film quality and product characteristics